When people ask us what our photography style is, I like to say its Ninja-Style. Now from what I know about Ninja’s, they get really mad when you claim you are a Ninja, and yet don’t actually follow the Ninja way.  Misrepresenting a Ninja never turns out good in the end. Therefore, to back up my claims, I present you with concrete evidence that, indeed, “It's not uncommon for Mike to be found perched precariously in a tree above an unsuspecting bridal party or silently somersaulting behind the last pew in the church” (taken from our website )
Exhibit A.
This is a beginners move in Ninja-Style Photography execution. Note the lack of foot holds, however the height and danger element leave something to be desired. 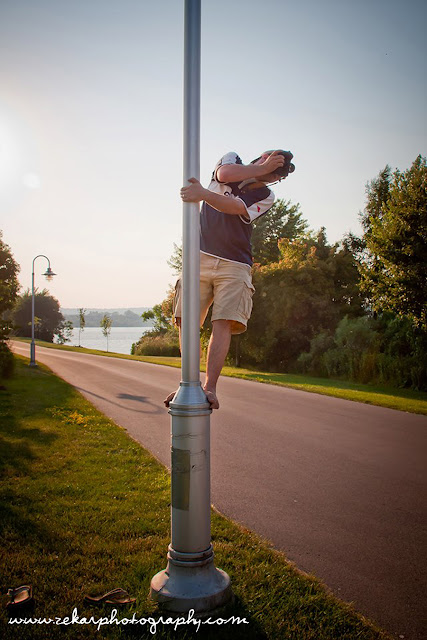 Exhibit B.
This shot does not accurately represent just how far up and precarious the situation was. This particular shot involved Mike taking off his shoes, rolling up his pants and wading through the river (I must note it had been sleeting earlier that day, so it was freezing) and scrambling up the side of a gorge that was lined with shale, all to get the intimate shot you see below.  I would say this would be a moderate move in Ninja-Style Photography.  During the reception speeches at Allasan & Mikes wedding, they thanked us and said “we knew when our photographer was off-roading on our engagement shoot, that they were the right choice for us!" Just doin' our job, guys. ;) 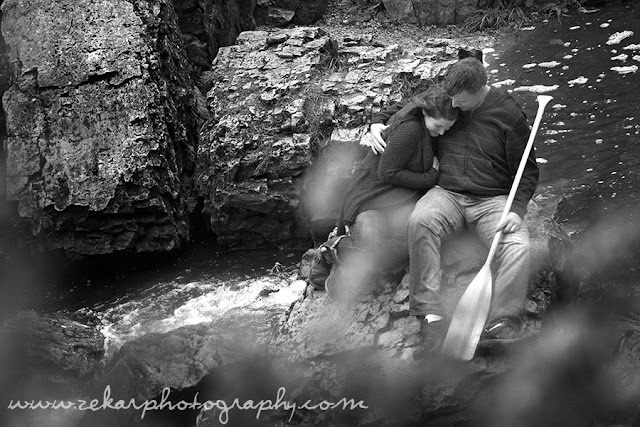 And lastly, but certainly not least, Exhibit C.
This would be a classic example of expert Ninja-Style Photography. Mike does not think twice about missing an amazing photo op in the face of danger. Despite my anxiety and desperate wish for a big huge fireman trampoline to put under him, there really was no other way to capture the awesome hoops this 6”5 groom was shooting (his lovely bride also joined in,  but that’s a whole other post!). These great shots were taken by a guest at the wedding, and I do believe that a crowd eventually ends up forming and there are probably some Instagram versions of this spectacle floating out there as well.
First, the climb up, balance, and assurance to his sweaty-palmed wife that he knows what he’s doing.
Second, the set up.
Third, the shot. 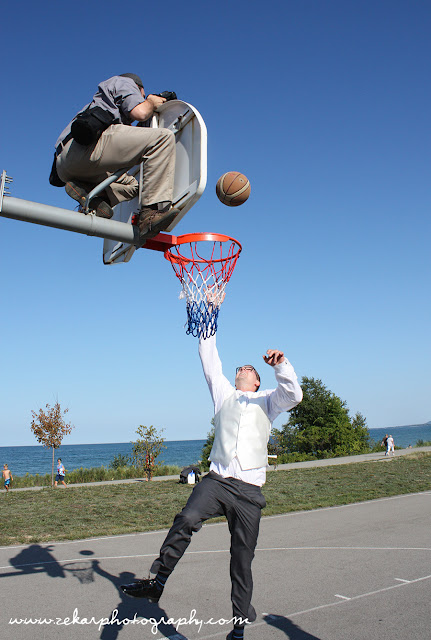 The backboard and the whole thing shook like crazy every time Dave took a shot. I think I actually turned away from the scene and couldn’t look anymore.
But you know what? It was all worth it in the end. Nobody ended up a quadriplegic, and we ended up with this kickass shot of Dave being a superstar. 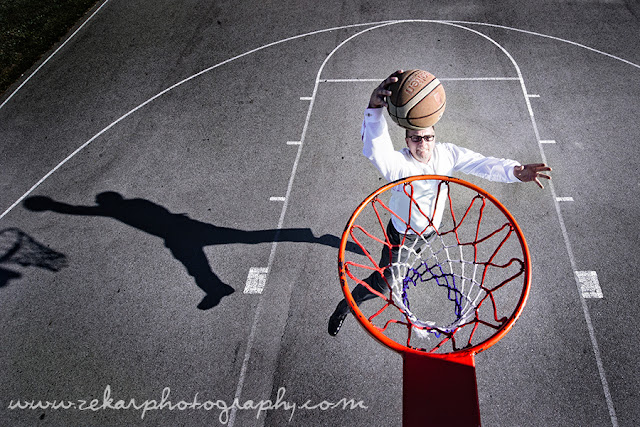 And there you have it, proof that Mike truly is a Ninja-Style Photographer.