When Jamie and John agreed to do their engagement shoot at the Rockton Worlds Fair this past Thanksgiving Weekend, we dosey-doed (yep!) right on over to the fairgrounds and got shootin’. 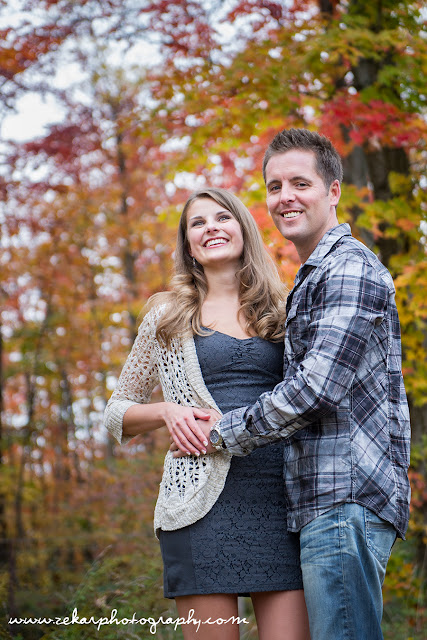 The fall colours were just in the middle of their glory, but the temperature was certainly not glorious (it was fah-reezing)– however, Jamie and John were troopers and still managed to look cozy and warm, canoodling in the midst of a copse of trees on the fairgrounds. After a quick snack on some delicious apples, 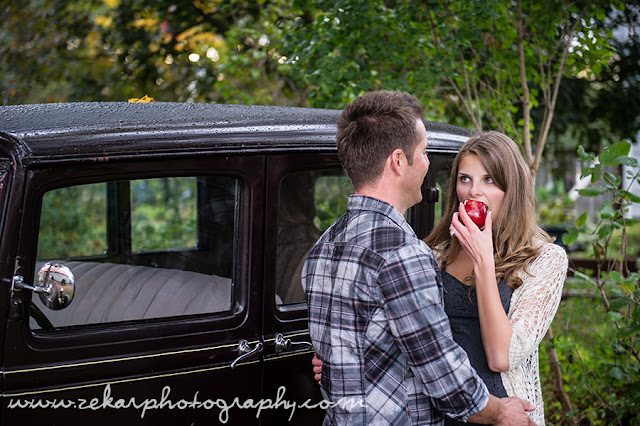 We headed over to barn, where we met this cute little Miss, all decked out in her fuzzy pink jacket and adorableness. 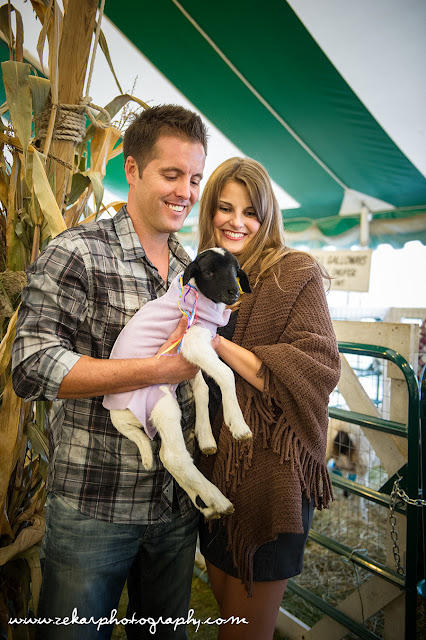 Then we met Dandelion the cow. Guys, seriously, who looks this good petting a cow! A little backstory on Dandelion, Mike and I went back to the fair the next day and we happened to meet Dandelions ‘dad’, who is a 7 year old boy. He informed us that even though her name tag says Dandelion, her real name is Suzanne. Which makes total sense, of course. ;) 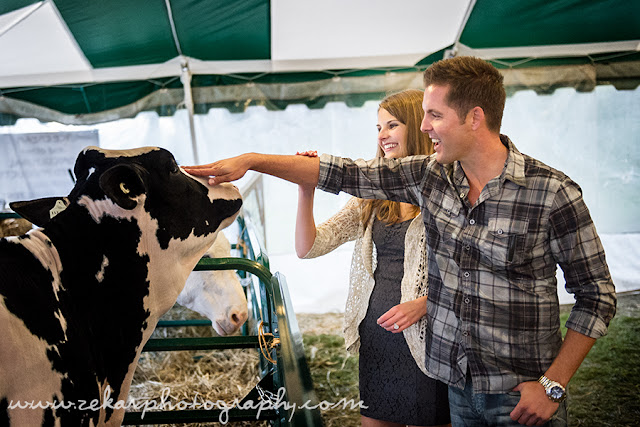 Next came the midway, and some significantly less healthy snacks. We were stopped at least twice to ask if we were doing a modeling photoshoot, which kind of tells you that it wasn’t just us that thought this couple looked pretty darn good. 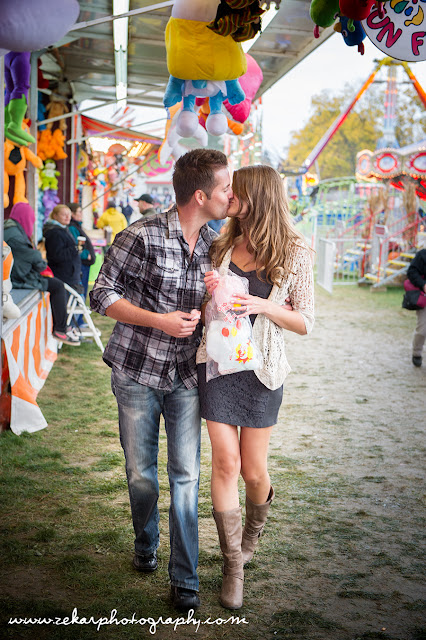 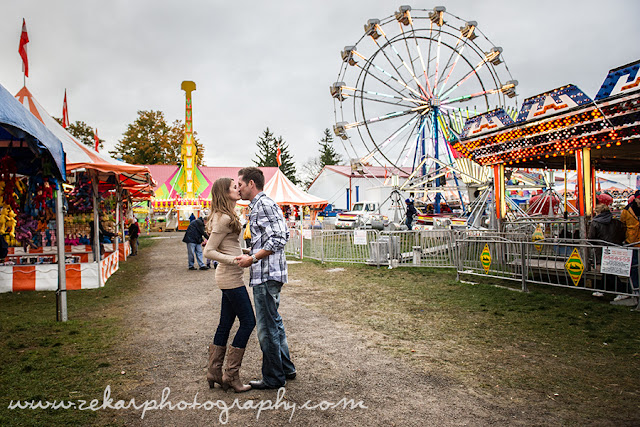 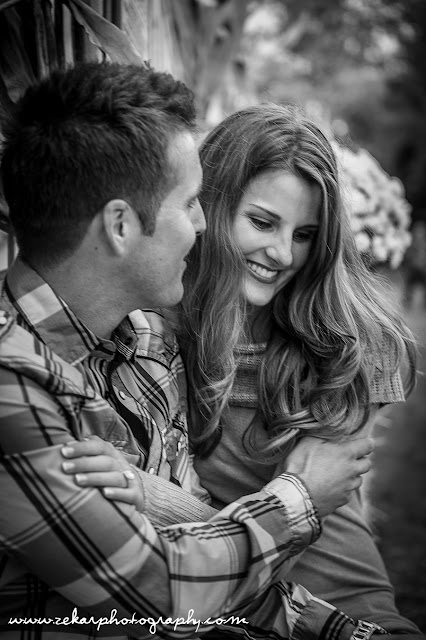 We also snagged a couple of free rides, which was a total bonus to such a fun day with this great couple! 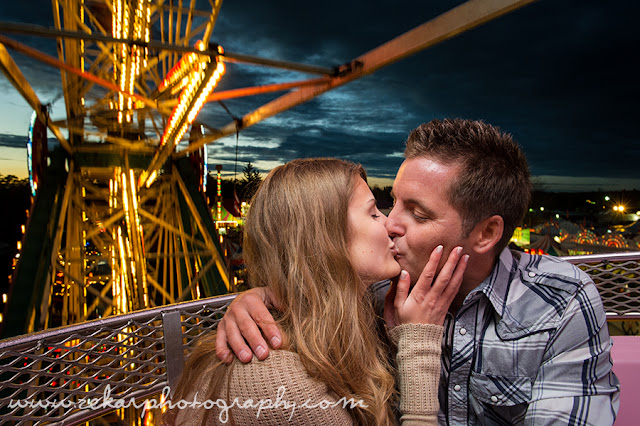 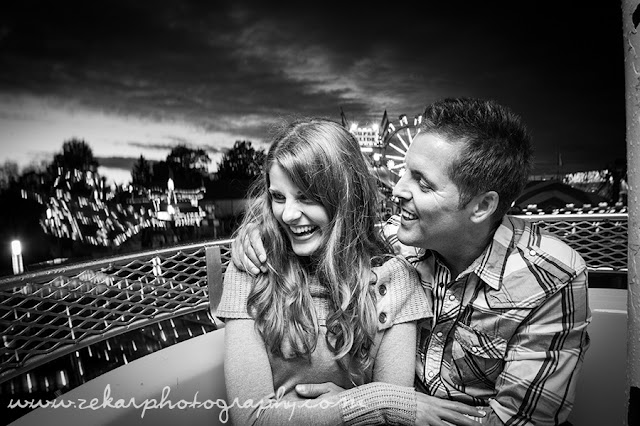 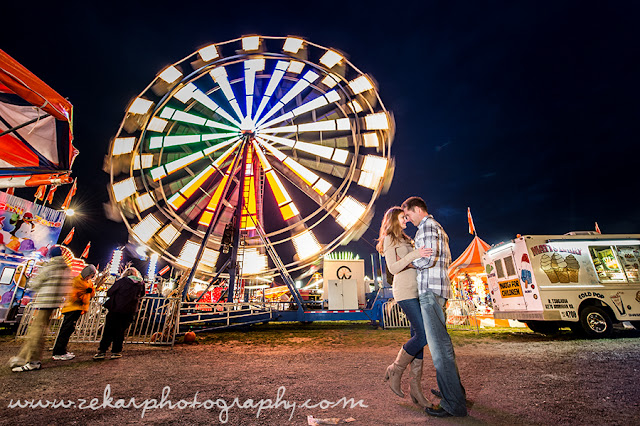 Jamie and John, you helped us Rock that Rockton Fair *badum-bum* 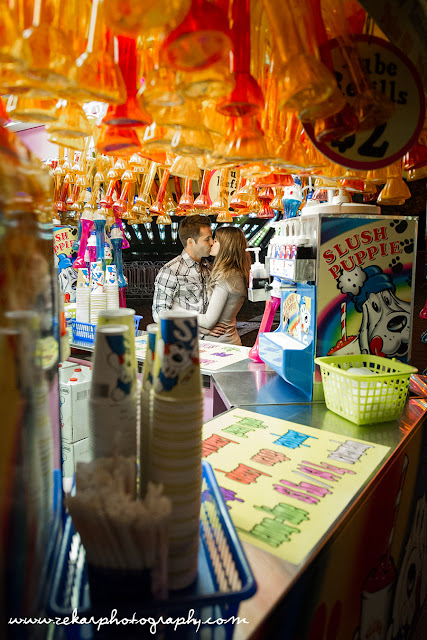