When Kristen & Joel came up with the idea of doing their engagement shoot at sunrise, we were pretty excited. And luckily for us, despite days of cloudy early-spring days, the morning of the shoot was pretty much as perfect as you could get in March in Southern Ontario. I just love the idea of the sun rising on their new day, their new life together that is coming up in just a few short weeks now. This shoot is also a great example of great outfit planning, since the colours really enhance the soft sweetness of the beach and the amazing silver tones of the water we were so lucky to have that day.

At one point during the photoshoot, I asked them both to 'look off into their future', even though it's so incredibly cheesy to say that - but when Joel looked off to the left and Kristen realized she was looking to  the right, she quickly snuggled closer to her husband-to-be and said softly "Oh, I guess thats where my future is." So sweet! 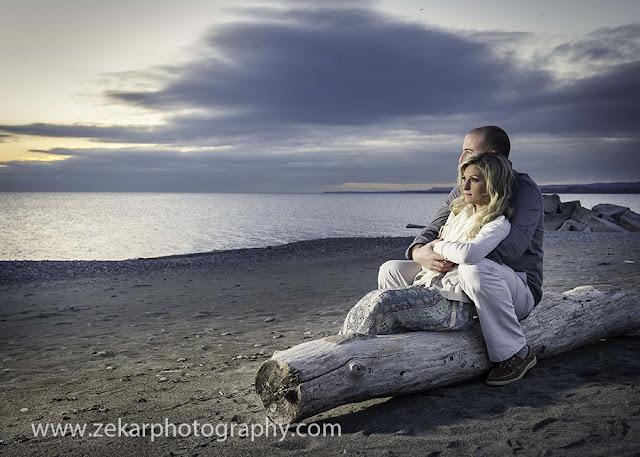 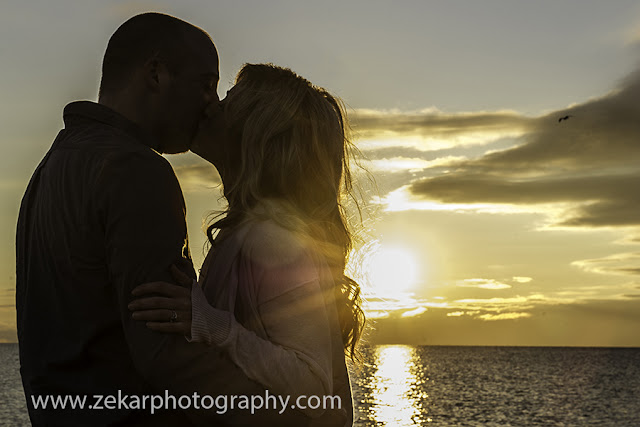 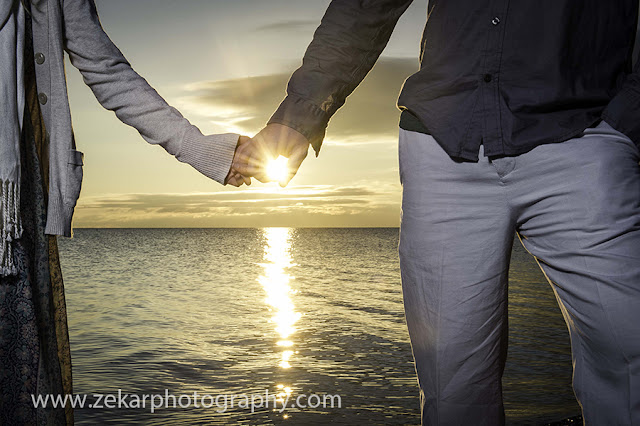 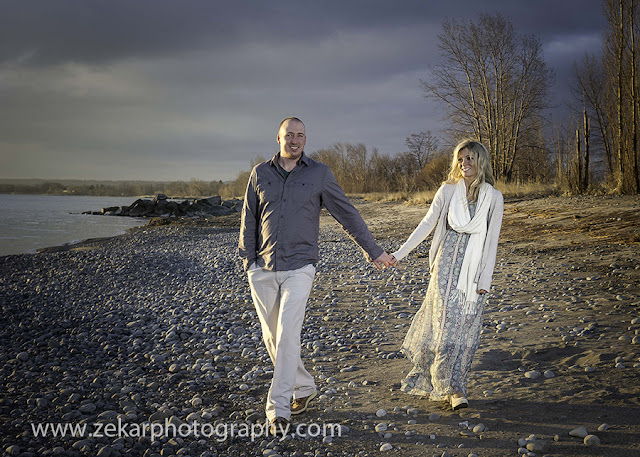 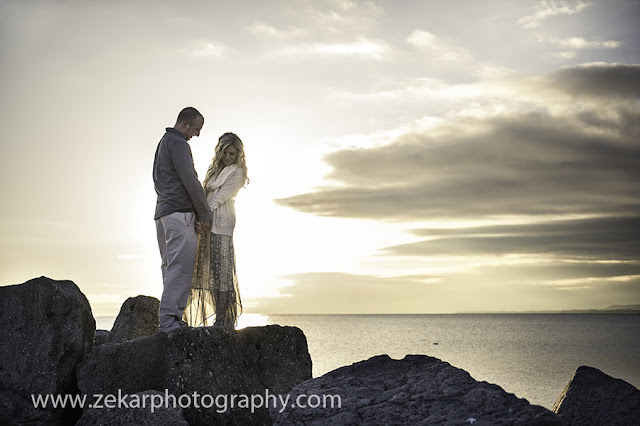 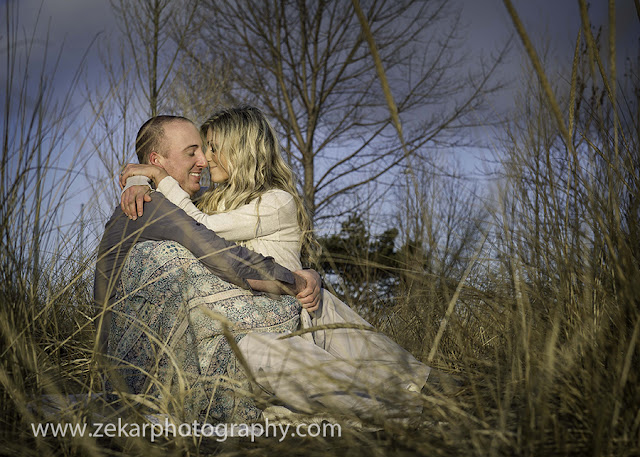 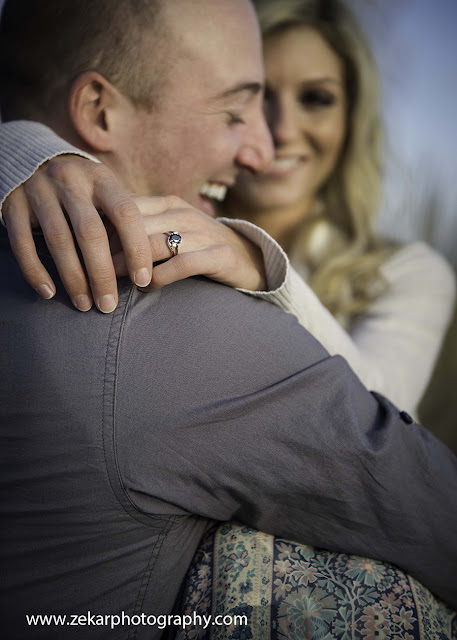 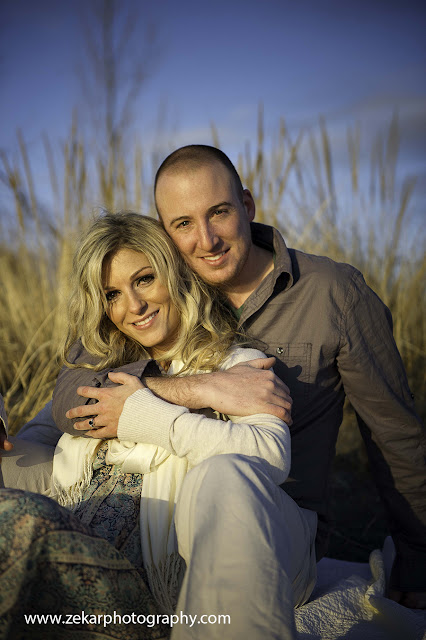