Erin & Neil were married on a wet and soggy day in September at the Ancaster Mill in Hamilton, Ontario. Given the wet and gloomy day of their engagement session, I'd say these two are experts at having a lot of fun despite the weather, and these two had an absolutely lovely wedding day!

When Mike arrived at the bridal suite, Erin and her girlfriends were happy and relaxed, excited for the day ahead. As Erin's mom helped her put the finishing touches on her classy cocktail wedding dress, the excitement was palpable and it was time for Erin to go meet her groom. 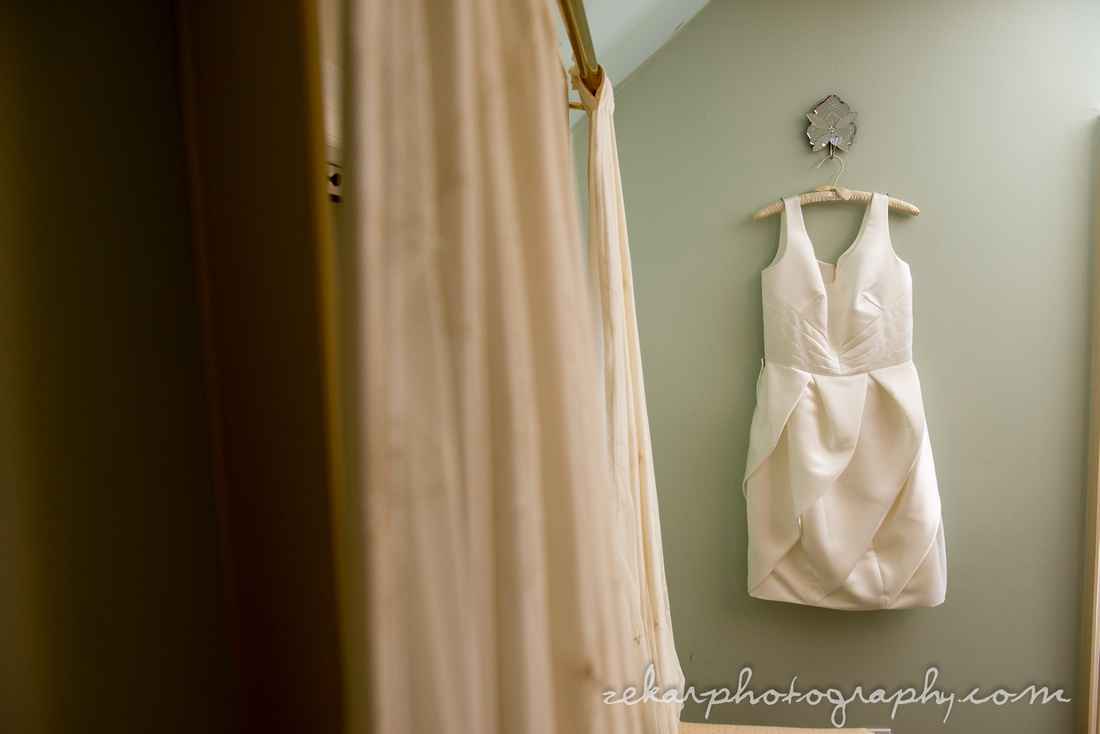 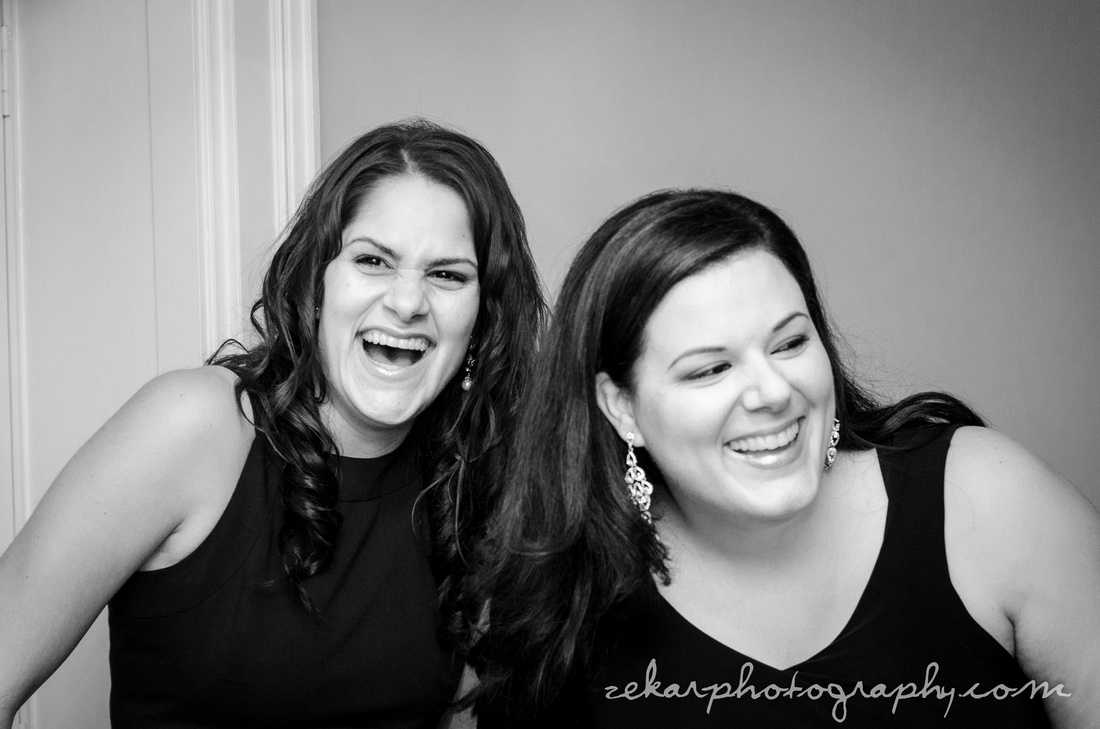 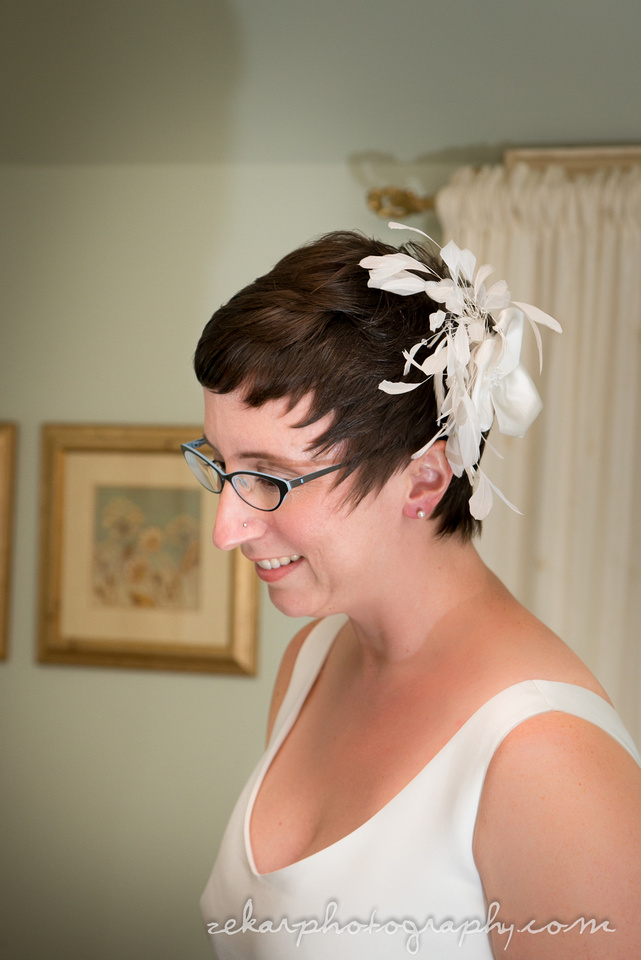 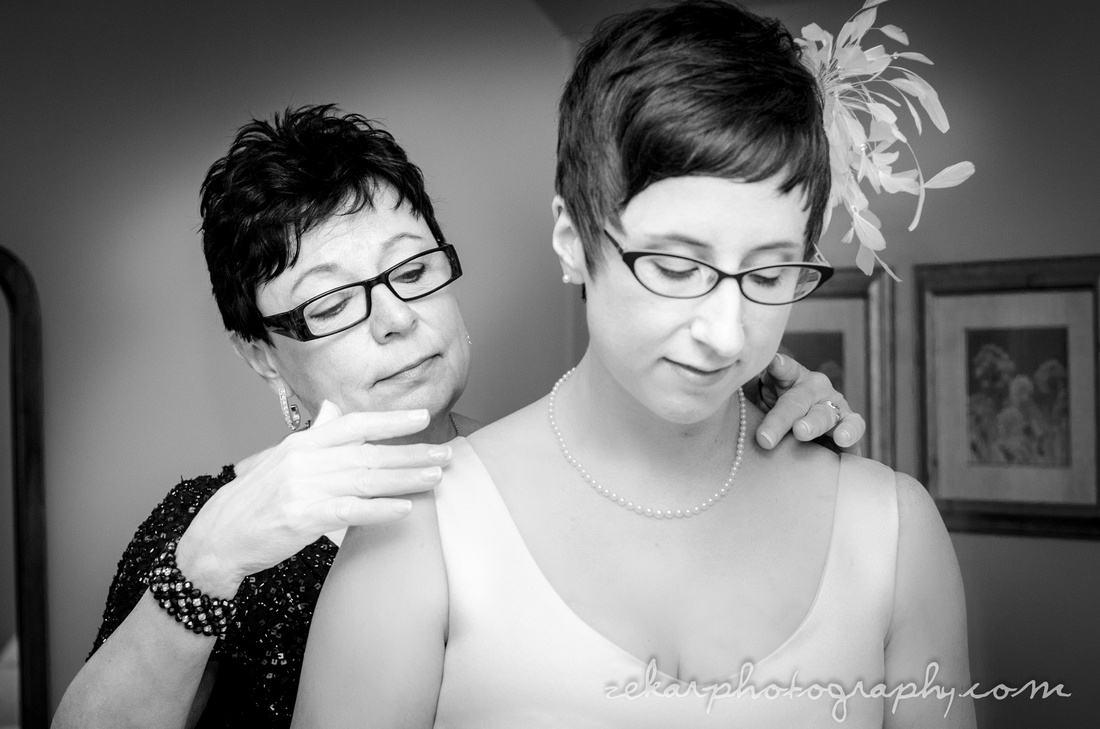 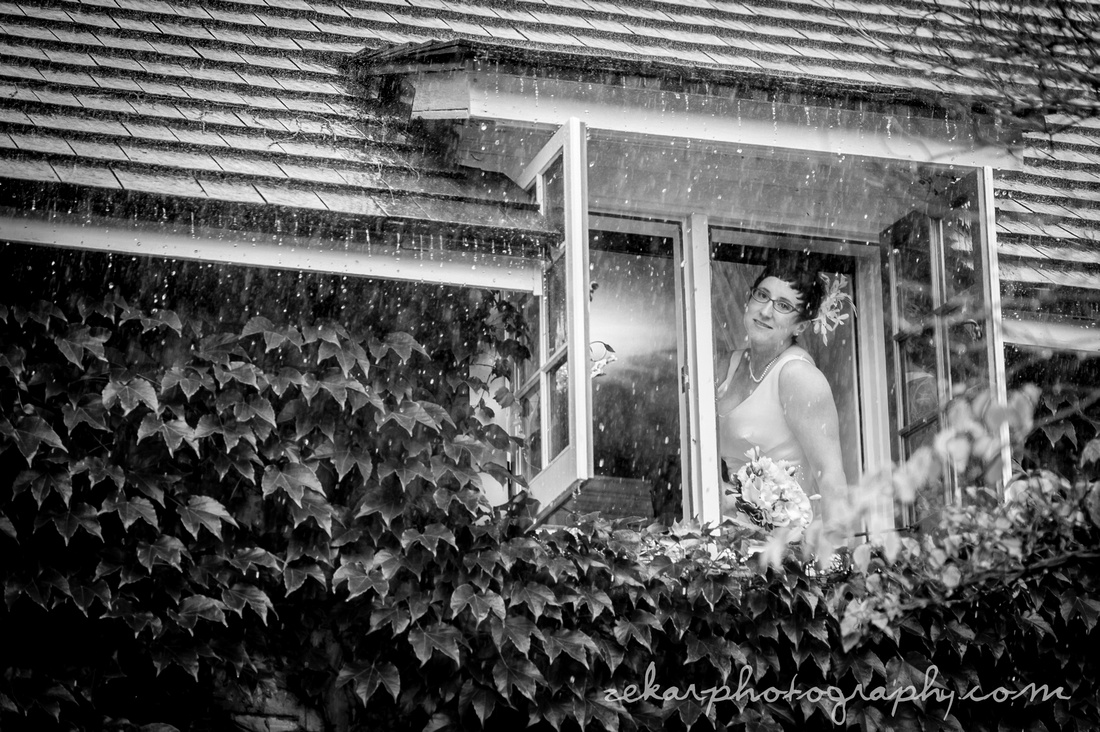 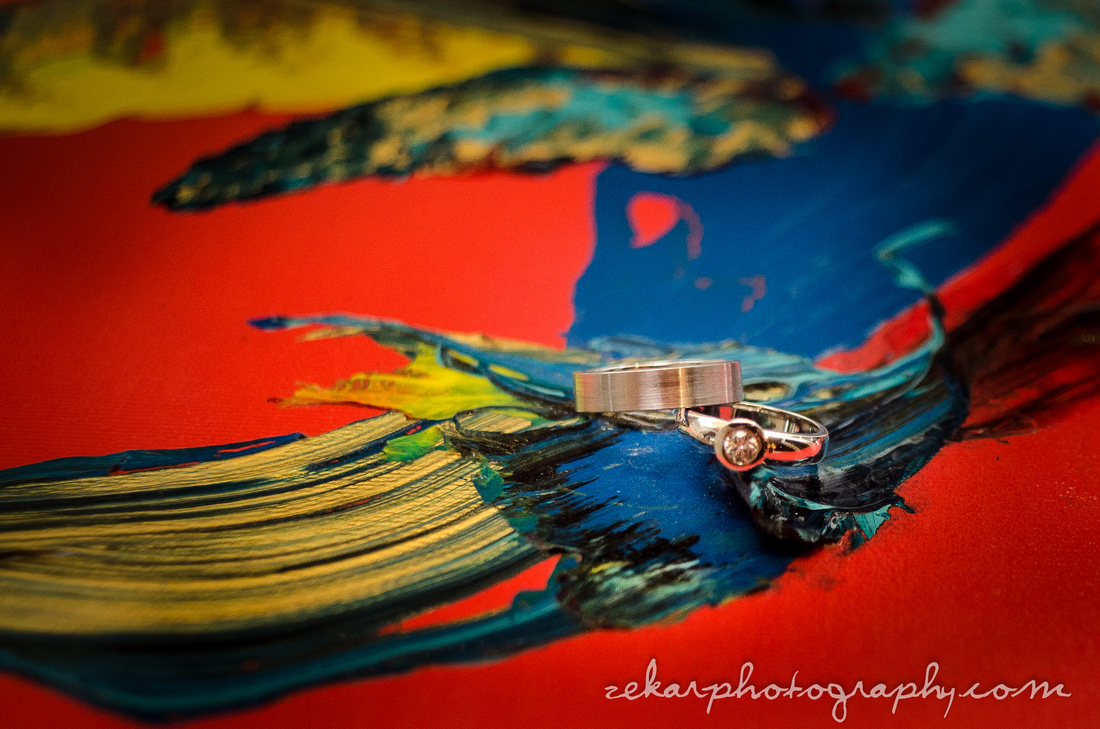 As you can see, Neil is equally as relaxed and excited :) 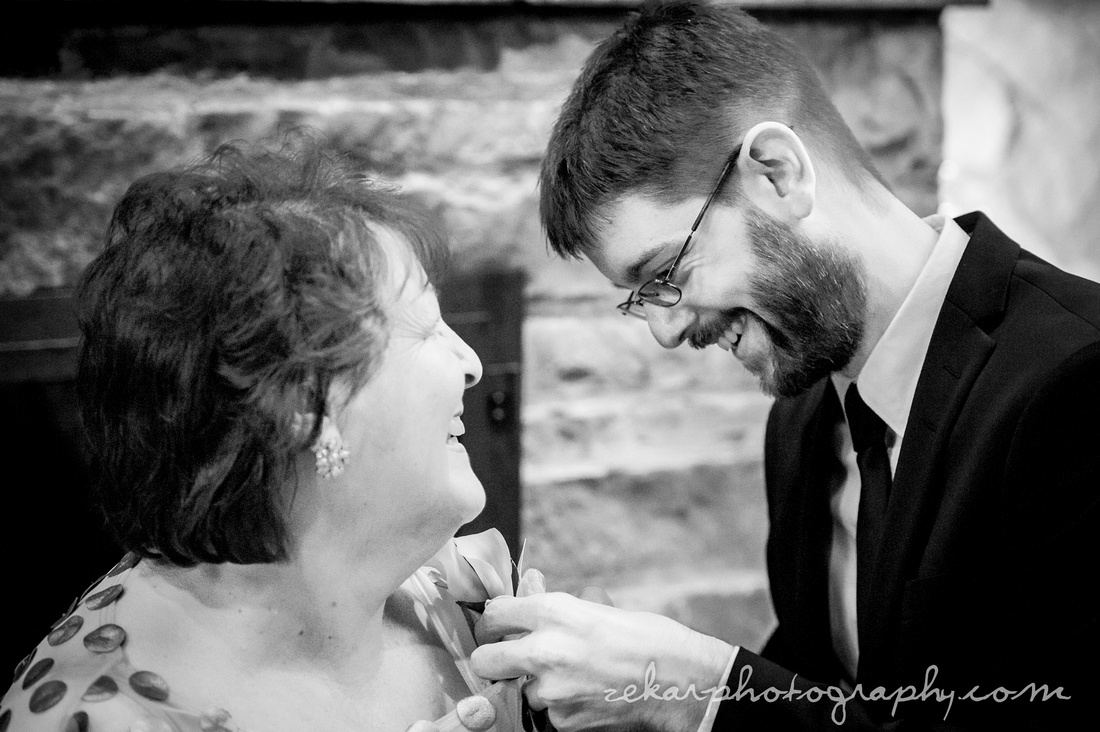 The ceremony took place on the porch of the 1812 room, because of the rain. It was a sweet, intimate and fun ceremony, and all the trees and flowers that surrounded the gathering were fresh and green and bursting with life...perfect! 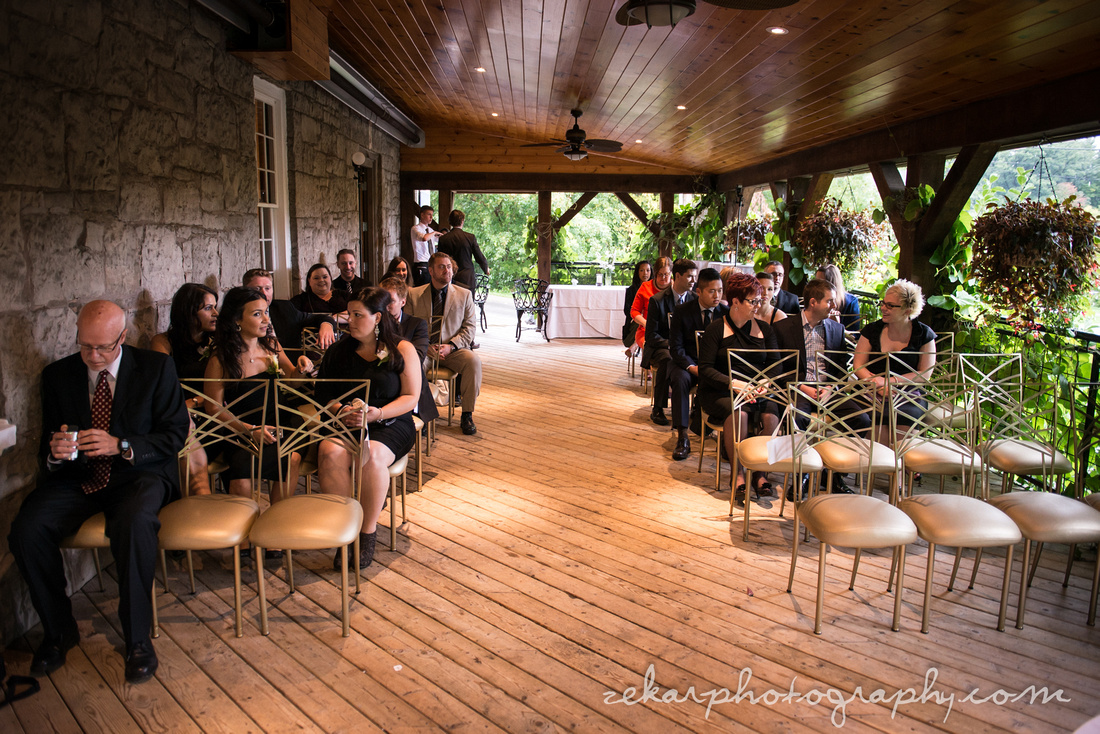 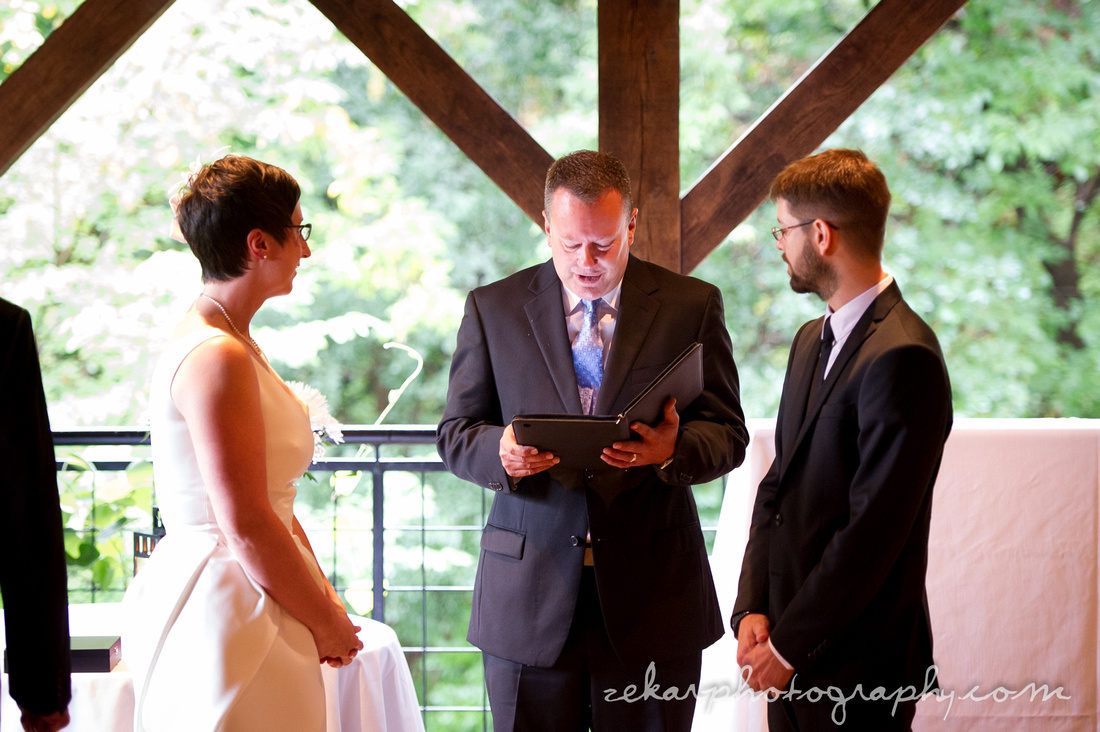 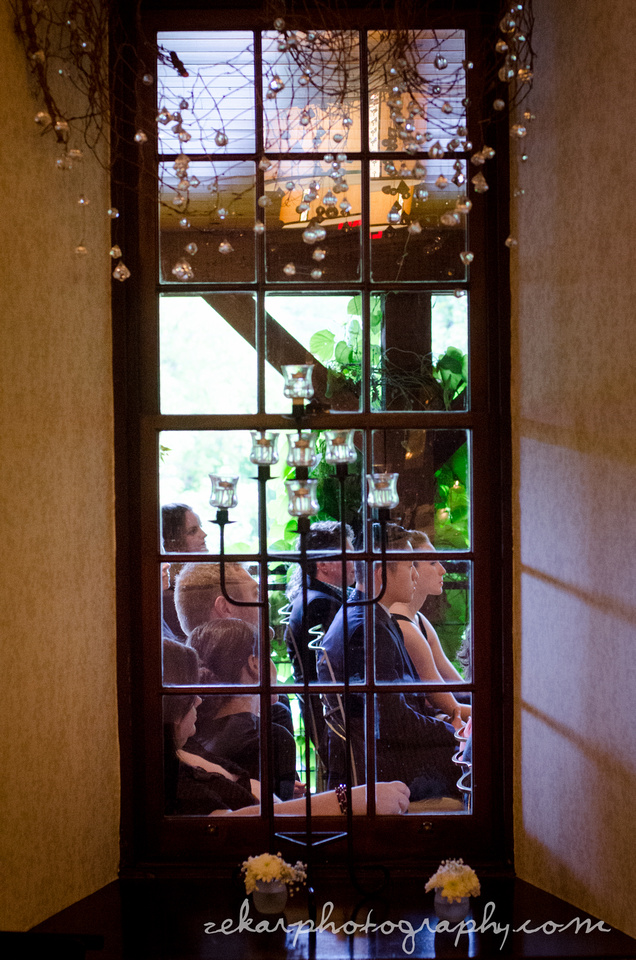 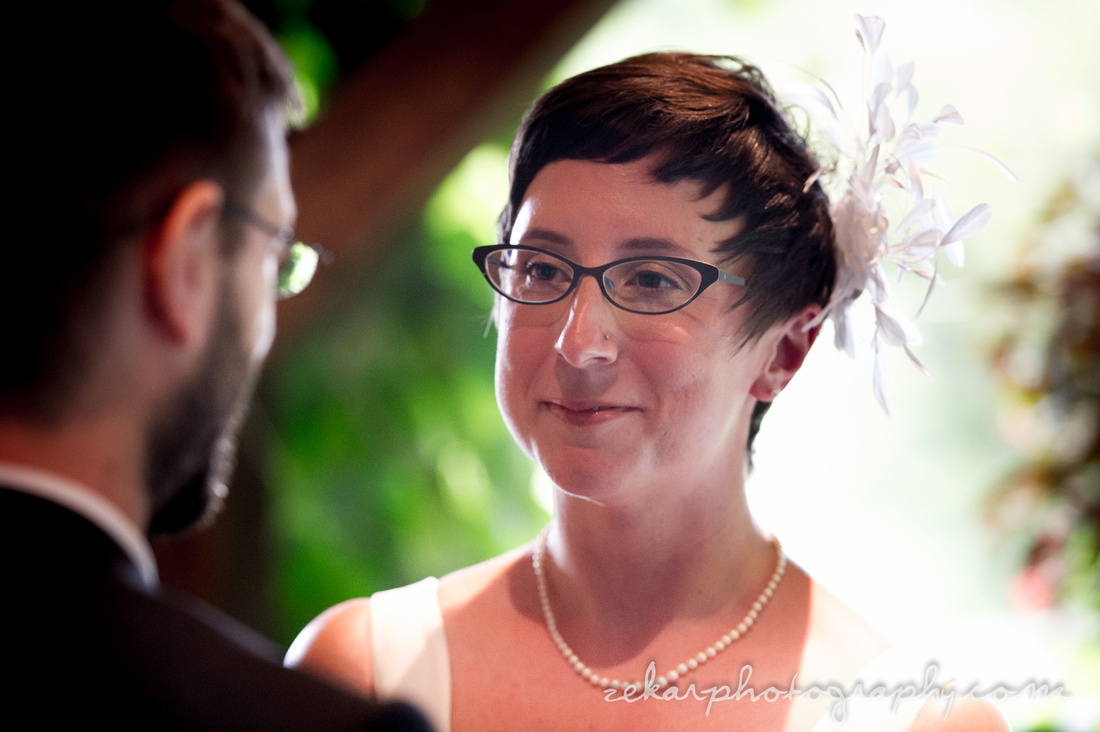 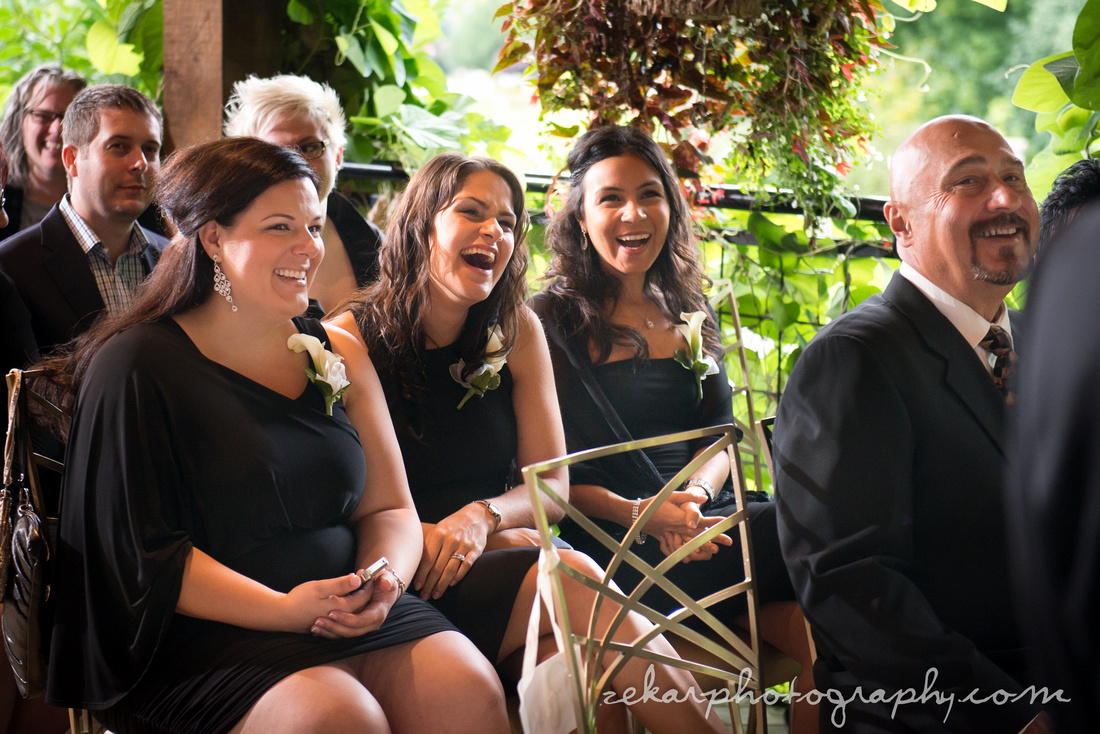 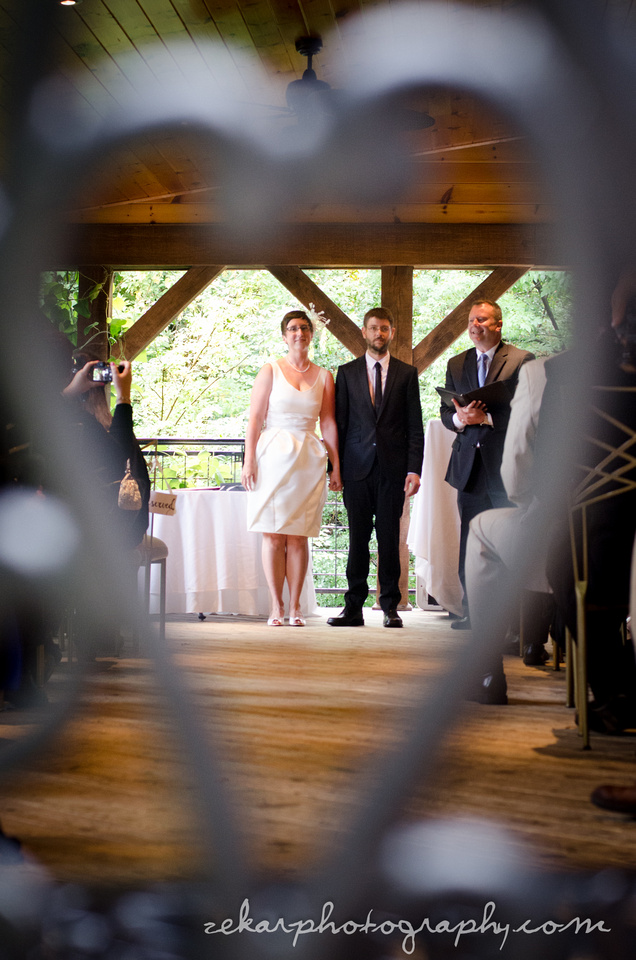 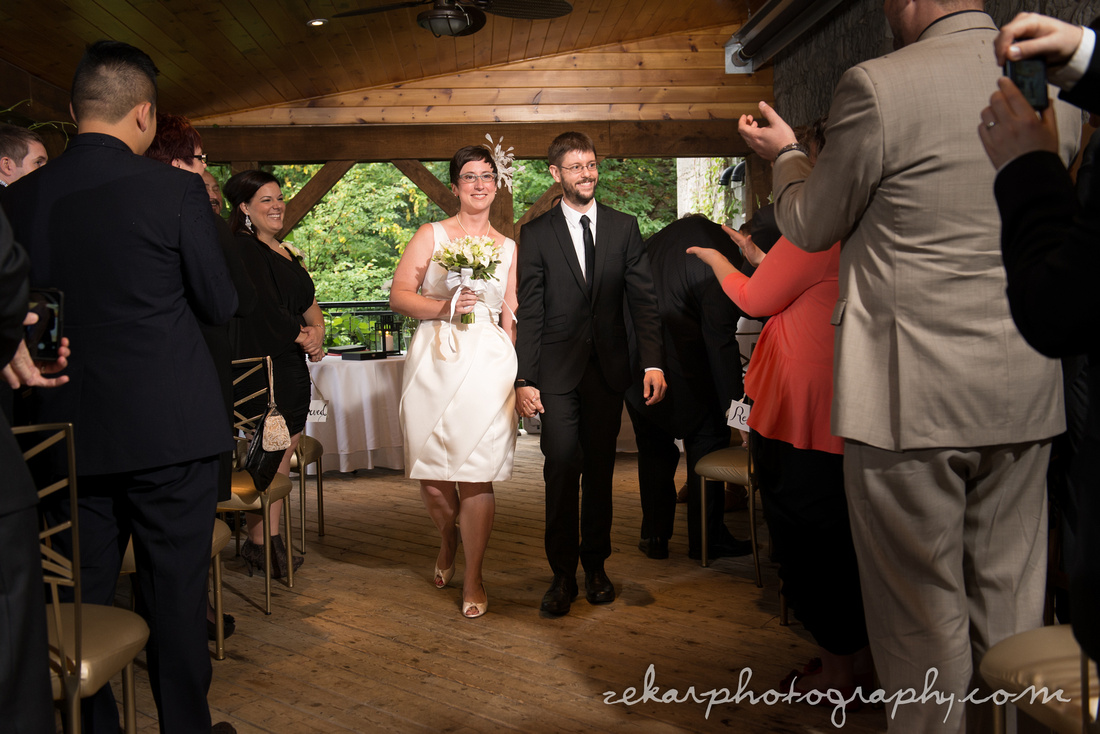 Before we get to the more intimate photos with Erin and Neil, I have to take a moment to explain the way these two met. It is hands down the cutest story I've ever heard, and I'm pretty sure there are a few romantic movies already based on such a story.

Erin & Neil are both super-smart. Like really smart, like Erin is a Doctor and Neil is actually a rocket scientist (or close to it) and has actually had a beer with Stephen Hawking himself. It's true! Anyways at some point in Erin and Neils life, they were both on a train in Italy. I am unsure of what they were both doing there, probably something super smart, but they both ended up on the same train car. Neil's eyes were immediately drawn to the lovely Erin, as she sat there reading and trying to ignore the 'creepy guy' who was staring at her, obviously wanting to start a conversation.

I guess he finally won her over and they both realized they were from Ontario, and after awhile they realized it would be a good idea if they met up again, and soon. After deciding on a local restaurant they were both familiar with, it was agreed that they would meet there the next night and carry on where they left off. Little did either of them know, there was a massive concert in town and all roads were blocked off around the restaurant they had chosen. So there Erin and Neil are, both coming from separate parts of the city, neither of them having contact information to reach each other and both wondering if they would ever see each other again or if this moment in time would just be a big 'what-if?'. Being the smart girl she is, Erin decided that the best thing to do would be to go back to the train station where they had ended their conversation before. She waited...and waited...and as hope dimmed, she decided it was just too far fetched that Neil would be on the same wave length. As she left the station and walked down the road, there, in the distance...was Neil. Walking towards her, fate surrounding him, and I swear there must have been violins playing somewhere in the distance. And the rest, as you can see below, is the lovely outcome :) 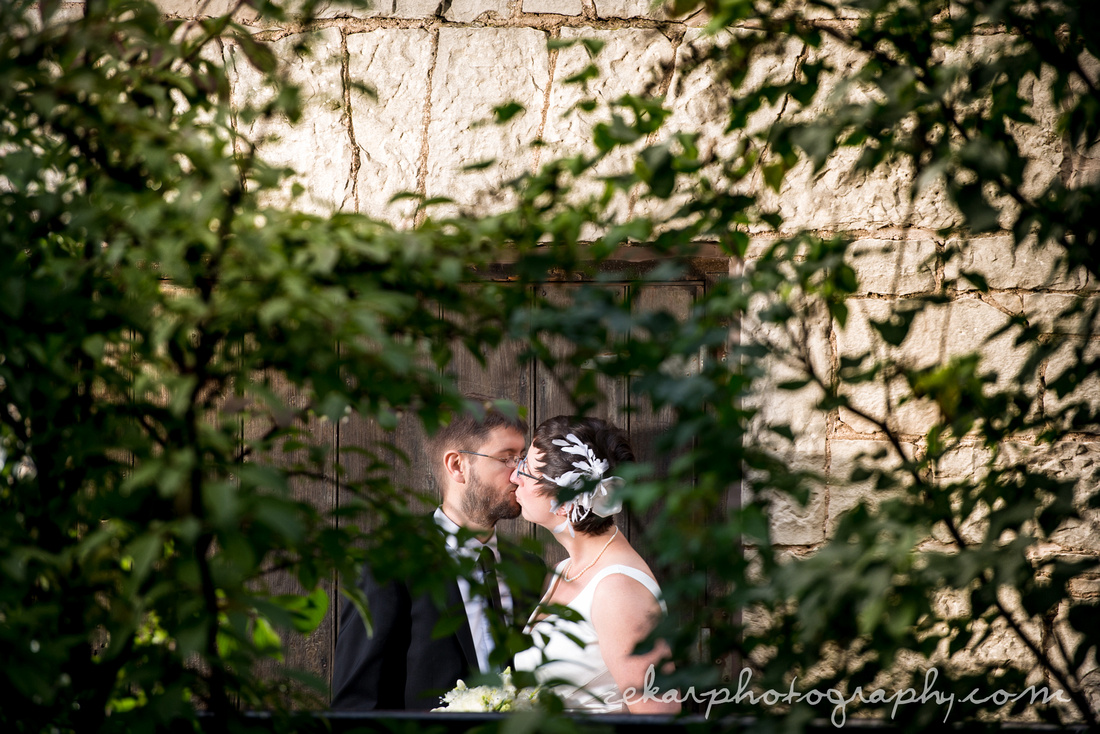 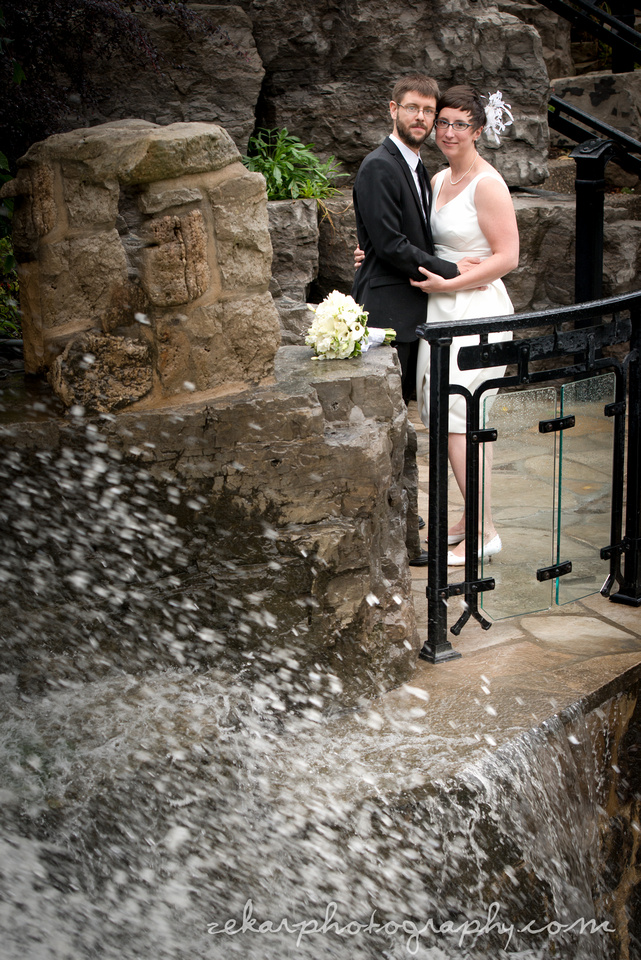 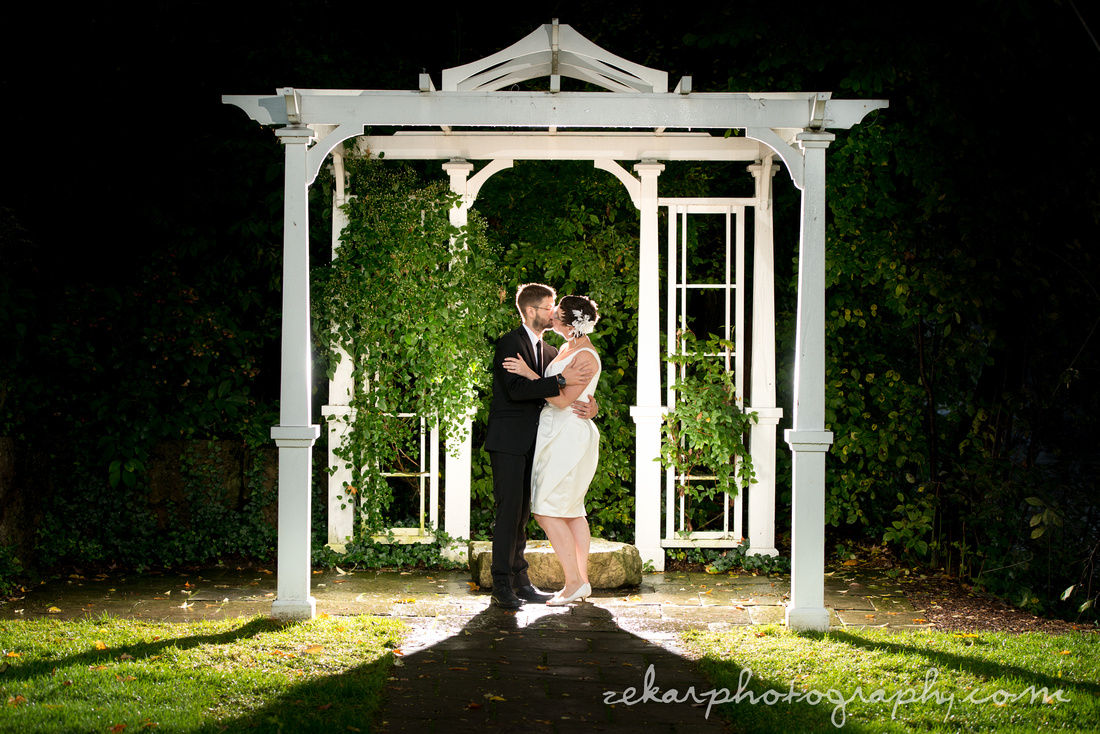 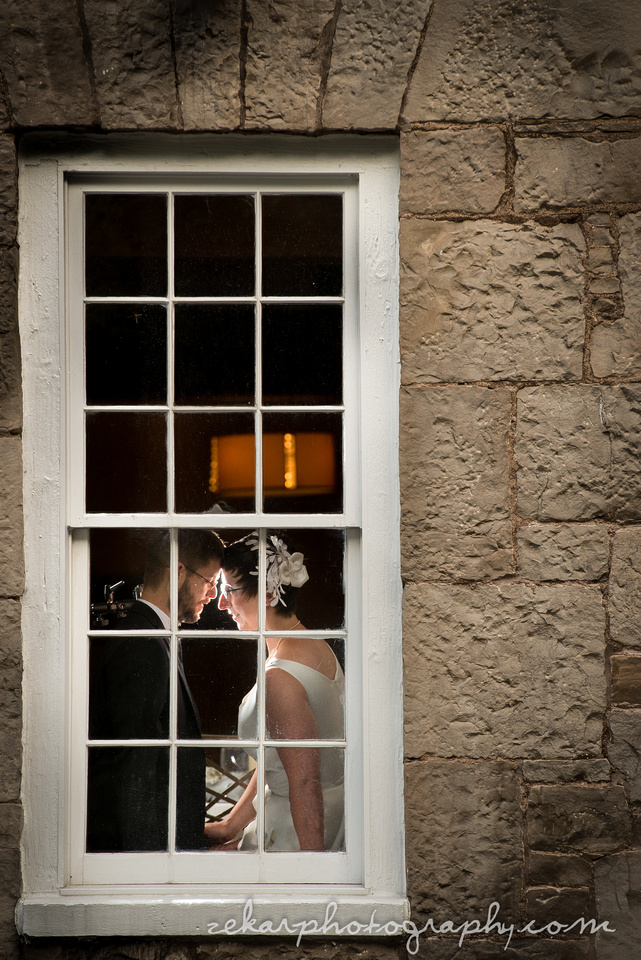 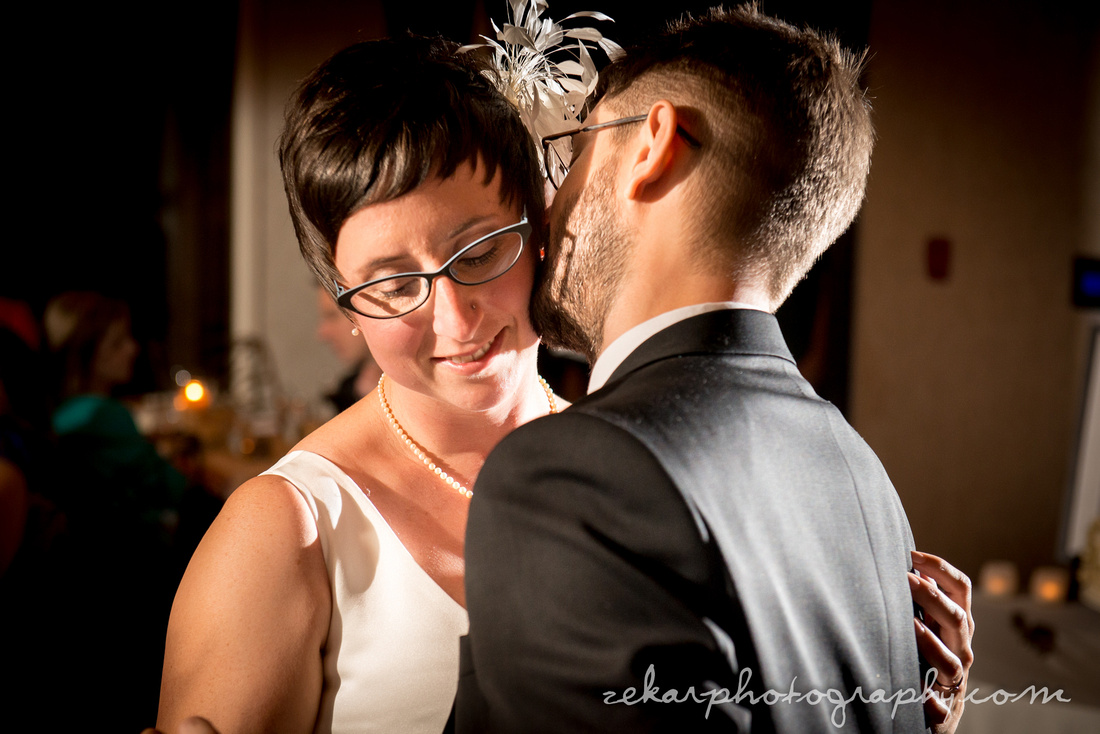 One last thing about Erin and Neil, not only are they super smart, they love Zombies. And we love Zombies. So we just adored the little touch of zombie-ness that Erin had added to their wedding cake. You think it's a beautiful wedding cake? 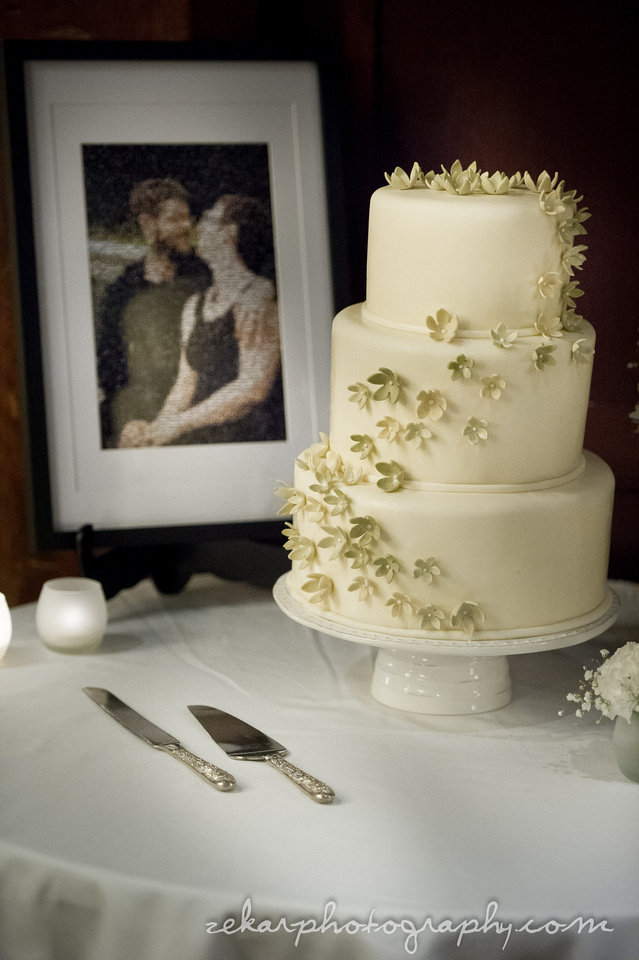 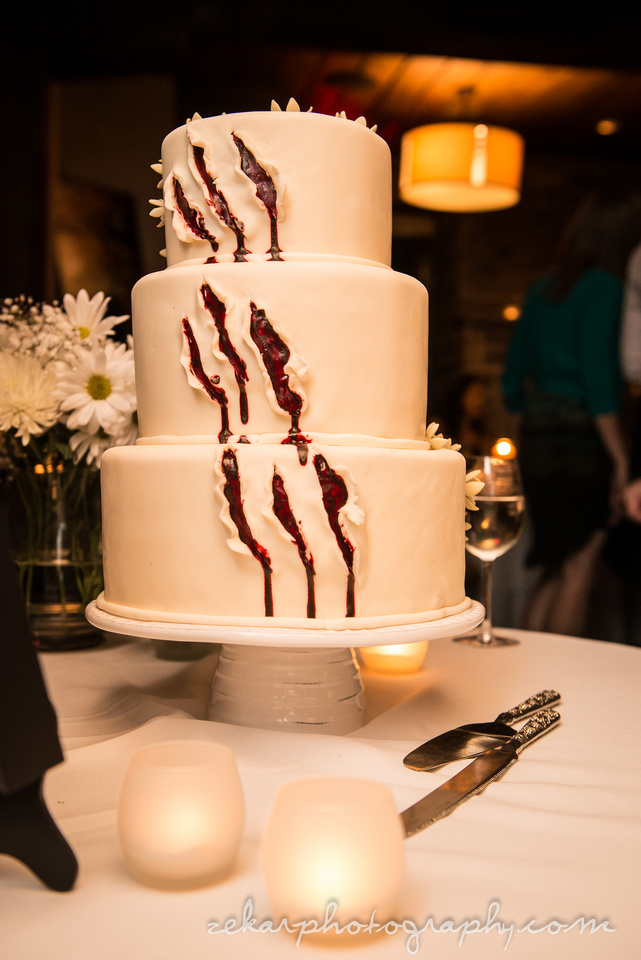 Cake made possible by the talented folks over at Hamilton's own Cake & Loaf!

Oh and did you see that picture sitting next to the cake? That is a collage of pictures of the two of them that Neil made - rather, he made the program to create an algorithm to make it - and its just awesome!

We feel lucky to have met Erin & Neil, we had a great time at their wedding and wish both of them the very best in many years to come! :)